When it came to the concept of “Art Meets Fashion”, the idea was beautifully created, in The Studio during Lakmé Fashion Week Summer/Resort 2019, when four designers presented their collections, that depicted the beauty of Art with fashion. Divided into four different cubicles, the models posed in the designers’ creations, and allowed the walk-in viewers, to admire the garments at a close range.

Inspired by the concept of Rig Veda, “Aquesthetic” by Ajay Kumar Singh for his label ‘Ajay Kumar’, was a collection that spelt opulence, at The Studio during Lakmé Fashion Week Summer/Resort 2019.

In a mesmerizing line, where art marries culture, were a range of silhouettes that were not only classy, but also every bit flamboyant. Exploring the aesthetics of the aquatic body, the ensembles had a mélange of narrative prints, that added drama and pizzazz to the line.

From asymmetrical hems to trench coats, jumpsuits and bomber jackets, were customized for an over-the-top appeal. Scarves added to the feminine look of the flowing silhouettes, along with the geometrical patterns.

Eloquent in expression and deep in thought, Yadvi Agarwal’s label “Yavi’s” collection, at The Studio during Lakmé Fashion Week Summer/Resort 2019 was every bit edgy and intriguing.

For an extremely fascinating appeal, the designer herself painted on a canvas, to depict her inspiration of the parallel universe. Taking cues from her painting that spoke of the upside down and the surreal, found objects that were amalgamated into mesmerizing silhouettes.

Offering a range that was flamboyant, yet eccentric with structured moulding and handmade texturing, the designer, showcased her love for silks in one thread embroidery.

When the ‘Bobo Calcutta’ label by Ayushman Mitra, unveiled its collection last season during Lakmé Fashion Week Summer/Resort 2018, Gen Next Show, it was a riot of ultimate, graphic, embellishments that amazed the audience.

With a riot of hues taking center stage, the silhouettes were a mix of creativity and innovation. The stark contradictions, of soothing whites and roaring black cottons, created a sense of mystery. To add further appeal, were a mix of dark reds, earthy greens, and bright yellows.

This was Helena Bajaj Larsen’s second showing at Lakmé Fashion Week Summer/Resort 2019, after her impressive debut during the Lakmé Fashion Week Summer/Resort 2018, Gen Next Show. For this Franco-Indian-Norwegian designer, prints are the focal point of her collection, which she amalgamates beautifully into her creations. Working on the theme, Art and Fashion, Helena brought a unique look for the coming season.

Helena showcased her collection, #ArtMeetsFashion,that offered a dramatic change, in form and appearance, for the buyer, at The Studio during Lakmé Fashion Week Summer/Resort 2019.

Innovative mesmerizing prints added to the beauty of the collection, while the silhouettes were minimal, functional and comfortable. Staging the usage of various dyeing techniques, the designs were a symphony of creativity. With ensembles that were every bit magnificent, the audience was treated to a wide array of different silhouettes.

The tailored-jackets and evening dresses in fuchsia, deep red, fiery oranges, salient black and white, added to the drama and intrigue. The designer’s choice was metallic works, in shades of silver that were tailored to perfection.

When it came to the concept of “Art Meets Fashion”, the idea was beautifully created, in The Studio during Lakmé Fashion Week Summer/Resort 2019, when four designers presented their collections, that depicted the beauty of Art with fashion. Divided into four different cubicles, the models posed in the designers’ creations, and allowed the 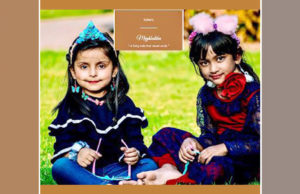 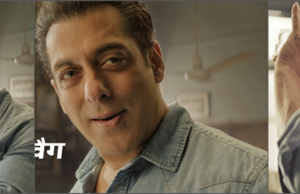 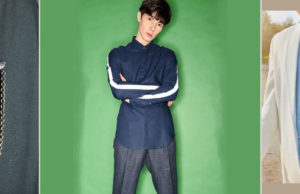 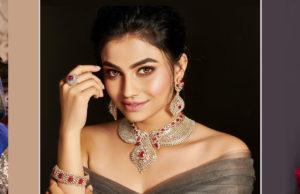 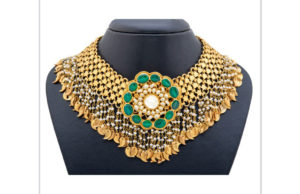