Plassey, West Bengal. The Battle of Plassey, on 23 June 1757, changed the course of Indian history. The British East India Company forces, under Robert Clive, achieved a decisive victory over the army of the Nawab of Bengal and his French Allies. It was this victory which laid down the foundations of almost two centuries of British Rule in India.

Despite its great historic significance, Plassey – about 150 km north of Kolkata, and south of Murshidabad – has hardly been developed as a tourist spot. Now, efforts are afoot to showcase the historic happenings and make Plassey an interesting tourist attraction.

Murshidabad, West Bengal.  Murshid Quli Khan, Nawab of Bengal, Bihar and Odisha, started the ‘Bera Bhasan’ Festival of Murshidabad, in 1704. This festival was held to appease the god of water, Hazrat Khwaja Khijir Allah Salam. This was done so that the annual ‘Nazrana’ (homage), sent by the 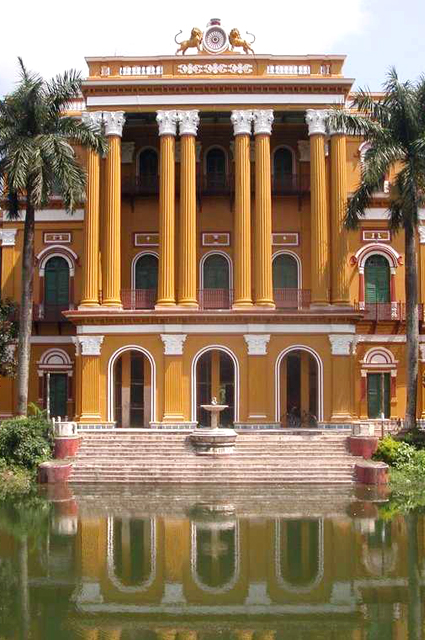 Nawab to the Moghul Emperor in Delhi, was saved from river bandits. The festival was held every year till 1938, when it stopped for unknown reasons.

The festival is being revived again.

The name of the newly-founded place was: El Pueblo de Nuestra Senora la Reina de Los Angeles del Rio de Porciuncula - The Town of Our Lady the Queen of Angels of the Potciuncula River.

Some say that this story is false. But True or False, it is an interesting story, worth telling. In any case, it was accepted as true for a long time.

The Dooars, Darjeeling Area, Sikkim. The State and the Central governments are laying due stress on homestays. Not only is assistance being provided to existing facilities but efforts are also being made to create newer ones in time for the Pujas. So you might consider having a wonderful Puja Holiday in a homestay. It is bound to be a very rewarding experience.

Plassey, West Bengal. The Battle of Plassey, on 23 June 1757, changed the course of Indian history. The British East India Company forces, under Robert Clive, achieved a decisive victory over the army of the Nawab of Bengal and his French Allies. It was this victory which laid down the foundations of

Other Articles in WANNAGO WOT

12 Clubs to be a part of in Kolkata

Chandernagore Knows How To Keep Its Heritage Intac..

Kolkata to Jhargram – Friends On The Road

Kolkata Police Museum - A Glimpse Into The Rare