Fruitcake is the cake with the maximum shelf life. How long can it be kept? 100 years? 200 years? Forever?

The shelf life of the fruitcake may have different legends/myths/stories/opinions, but there can be no other opinion than the fact that the fruitcake is the only cake which can be a precious sweet-inheritance.

“Thirty-four years ago, I inherited the family fruitcake. Fruitcake is the only food durable enough to become a family heirloom. It had been in my grandmother’s possession since 1883, and she passed it to a niece in 1933. Surprisingly, the niece, who always seemed to detest me, left it to me in her will. I would have renounced my inheritance except for the sentiment of the thing, for the family fruitcake was the symbol of our family’s roots. When my grandmother inherited it, it was already 86 years old, having been baked by her great-grandfather in 1794 as a Christmas gift for President George Washington.

Washington, with his high-flown views of the ethical standards of the government workers, sent it back with thanks, explaining that he thought it unseemly for Presidents to accept gifts weighing more than 80 pounds, even though they were only eight inches in diameter....There is no doubt....about the fruitcake’s great age. Sawing into it six Christmases ago, I came across a fragment of a 1794 newspaper with the lynching of a real-estate speculator in New York City.”  − “Fruitcake is Forever.” Russel Baker, New York Times, December 25, 1983.

In another fruitcake age-related story, a fruitcake baked in 1878 by a family as an heirloom in Tecumseh, Michigan, U.S.A., was given for sampling to Jay Leno on his The Tonight Show in 2003. Leno’s comment after a bite was, “Needs a bit more time!”

Fruitcake may have a shelf life of 200 years, but its origins are said to date back hundreds of years. Exactly when? Take your pick from what follows.

Some believe that ancient Egyptians put an earlier version of a fruitcake in the tombs of loved ones, as food for after life. Not much is known about these fruitcakes.

Jump around 5,000 years to the Roman times. The Romans of that time made a ring-shaped cake named ‘Satura’, mixing pine nuts, raisins, barley mash, pomegranate seeds and honey wine. The cake could last for a long time and was quite popular with the soldiers, who took it with them to distant battlefields. Since this cake was a mix of many ingredients both sweet and sour – as per The New York Times – the word ‘satire’ is derived from this cake.

Let us take another time-jump of around 1,500 years. Fruitcakes became quite popular in Europe. But the recipes differed a great deal from country to country due to availability of ingredients, as well as issues like church regulations forbidding the use of butter in making cakes. Matters improved when Pope Innocent III (1432-1492), in his Butterbrief (Butter letter) of 1490, permitted the use of butter.

Food critic Robert Sietsema wrote: ‘Some goon discovered that fruit could be preserved by soaking it successively in greater concentrations of sugar, intensifying color and flavor. Not only could native plums and cherries be conserved but heretofore unavailable fruits were soon being imported in candied form from other parts of the world. Having so much sugar laced fruit engendered the need to dispose of it some way – thus the fruitcake.”

The Fruitcake – also known as the Plum Cake – became a very ‘British Thing’ by the 16th century. It became very popular – an absolute essential for Christmas – even though making it was a very time consuming affair. The egg yolks had to be well beaten, egg whites had to be whipped stiff with a wooden fork taking hours for the job, the butter had to be washed and rinsed in rosewater, the fruit had to be candied by hand, the sugar had to be pounded and sieved, currants had to be sorted, de-seeded and washed, candied citrus peel had to be thinly sliced, almonds had to be blanched and slivered, spices had to be freshly ground, and....

While all the above was going on, the wood-fired bread oven had to be heated with bundles of dry wood then raked clear of the ashes so that the temperature could be judged by sprinkling flour on the oven floor. It was only then that the cake could be baked. It was stored in brickwork. The advent of cast iron stoves and controllable temperatures in the 1800s made matters much simpler.

The much greater use of nuts in the fruitcake has to be credited to some bakeries in America. Two of the world-famous bakeries are in Corsicana, Texas – Collin Street Bakery and Claxton Bakery.

‘Original Deluxe‘ – the ‘famous Corsicana, Texas Fruitcake’ – of the Collin Street Bakery is from a recipe brought by a gentle baker, August Weidmann, and which travelled 6000 miles from Wiesbaden, Germany. The first ‘Original Deluxe’ was baked in 1896. It is still going strong! The other famous fruit-cake bakery is the Claxton Bakery. Between the above two bakeries, around 4 million fruitcakes are produced every year.

There are other names for the Fruitcake also. These include “Bishop’s Bread’, ‘Jewel Cake’, ‘Stained glass Cake’ and ‘Caribbean Black Cake’.

Fruitcake is heavy stuff. Some like it and others do not like it. TV host Johnny Carson, in his popular American show said in 1985, “The worst Christmas gift is a Fruitcake. There is only one Fruitcake in the entire world, and people keep sending it to each other.”

You may like it or not, but: The Fruitcake was taken to space by the Apollo 11 mission, There are towns in America vying for the title of ‘The Fruitcake Capital of the World,” There is a ‘National Fruitcake Month,” It remains a favourite of the British Royal Family and is served at important functions like the wedding of Prince Charles to Princess Diana, Truman Capote wrote a short story –“A Christmas Memory” - about it, and millions and millions of fruitcakes are produced, gifted and consumed every year.

P.S. Oops, we never spoke about the other Fruitcakes. In 1935, the expression “Nutty as a fruitcake” was coined to talk about crazy people. We talk about them another time?

Fruitcake is the cake with the maximum shelf life. How long can it be kept? 100 years? 200 years? Forever?

The shelf life of the fruitcake may have different legends/myths/stories/opinions, but there can be no other opinion than the fact that the fruitcake is the only cake which 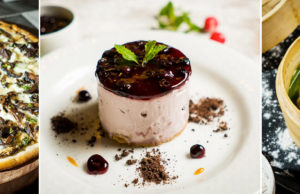 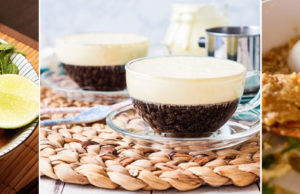