The first thing that caught my eye in the email invite I received was the name Afra Tafri … it’s a word of Urdu influence and means mayhem and madness and that grabbed my curiosity immediately. I was invited for a preview to The City of Joy’s newest “transitional gastro brewpub” which had Ranveer Brar and Shatbhi Basu on board as the Food and Beverage Consultants so naturally the feeling of anticipation was huge because their reputation precedes them.

Afra Tafri is located just beside Industry House on Camac Street on the 1st Floor above Haldiram’s.  I was impressed with the vibe as soon as I walked in. Spread over 12,000 sq ft its elegant and eye-catching décor is a winner.

As soon as I reached I was introduced to Shatbhi Basu, this legendary mixologist has designed the Beverage Menu for Afra Tafti. She needs no introduction and is a master in her field with over three and a half decades of experience. I was delighted to be able to have a chat with her before the session and then we were informed that she is going to get behind the bar and give us a demo of a few drinks. What followed was quite literally a heady experience and even someone like me who rarely drinks made sure I tried every single cocktail she made.

First up was a lovely Watermelon Mojito that had fresh watermelon chunks, pepper , vodka and a splash of watermelon juice, the pepper hit was subtle and gave the drink a great twist. Next up was one a lot of you guys will love… a Puchka Caprioska , yup you heard right, mint leaves, cumin, lemon juice and rock salt with Vodka. I am not a huge Vodka fan but this one hit a sweet spot because like many of my readers I love my Puchkas. Our next Cocktail took things up a notch further and was called Island Affair …. It transported you to a tropical paradise and looked as pretty as it tasted. Made with Blue Curacao, Lychee Juice and White Rum and then topped with a shot of Dark Rum this was a heady concoction indeed. Like the true artist she is Shatbi Basu saved the best one for her Finale ….the Orange Smoked Old Fashioned made with Scotch, Marmalade and Clove was certainly a drink to remember. The theatrics aside I absolutely loved the smoky-scotch layered with the bitter sweet orange marmalade and hint of clove. By now as you can imagine we were in “high spirits” (pun intended). Paired with these lovely drinks we were served up some delicious starters.

Akkad Bakkad Kukkad (Chicken Tikka) in two avatars “Fiery Red” or “Malai White” were both winners… succulent and juicy, they were a hit with everyone. The Mocha-e-Ulfat made with banana flowers and dried fruits was also good. But the one I will order on every visit henceforth is the Videsi Jhaal Muri …. the Kolkata Jhal Muri gets a makeover using Cheeselings … absolutely loved it.

After our wonderful session with Ms. Basu we were seated for the menu tasting. Paneer Tikka Tikdam Baaz which had three different varieties of Paneer Tikka’s – Classic Punjabi, Chipotle Chilly and Lahori were pretty good and can be ordered separately or as a combination of flavors. The Mezze ke Maze Platter with Falafel was good and I enjoyed the Green Pea Hummus. Another rather interesting dish was Mangalorean Chilly Chicken served with Mini Bajra Roti’s and I enjoyed the somewhat unusual flavors and really liked the Bajra Roti’s. Tangra Mein Bhangra followed and was popular with everyone, described as Chinjabi Chilli Chicken it was spicy and delicious. Ms. Basu also sent across an interesting drink called Gondogol which was a scotch-spiced Thandai and a huge hit.  The other outstanding drink both in terms of taste and presentation was the Jager Atom which was a shot an awesome one made with Red Bull and Jägermeister and spheres at the bottom which pop when you down the shot it was quite the intoxicating experience.

We were stuffed but our hosts recommended that their Biryani and Dal Makhani must be tried so we bravely dived in. Both were excellent … a light Chicken Biryani with the Potato was served in a lovely bright Tiffin with Papad and Raita as accompaniments. The Dal Makhani which was served with nice hot butter naans was also very good. Regretfully I had to leave so I only sampled one dessert called The Big Bong Tiramisu which was quite nice…. think Tiramisu with Chocolate Kanchagolla with a baked Date Jaggery Crumble. They also served Sweet Nachos which are Brandy Snaps paired with a White Chocolate Mousse and Charred Fruit that I missed and will certainly order on my next visit.

The interesting thing in their Menu are their Lunch Specials like Biryani, Chole Bhature and so on which cater specially to the office lunch crowd. It’s a well thought-out section with lots of comfort food from Fish Curry to Rolls to grab a bite on the run. Considering the location a neat idea. Afra Tafri is a versatile gastropub …. from a place which during the day has quick office lunches and a PDR with Conference Facilities one which metamorphosis’s into a Gastropub by night (and in a couple of months a brewery as well), and is certainly an interesting addition to Kolkata’s booming F&B industry. It’s delightful to see the big names like Ranveer Brar and Shatbhi Basu on board bring their skill and expertise to the table. Here is wishing the Team great success. Now let’s go do some Afra Tafri!

For a complete version of this article please go to theculinarycommentator.com

The first thing that caught my eye in the email invite I received was the name Afra Tafri … it’s a word of Urdu influence and means mayhem and madness and that grabbed my curiosity immediately. I was invited for a preview to The City of Joy’s newest “transitional gastro brewpub” which had Ranveer Brar and S 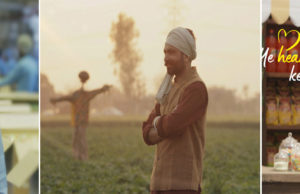 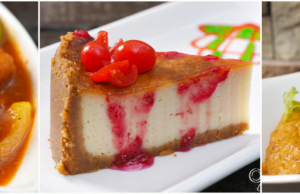